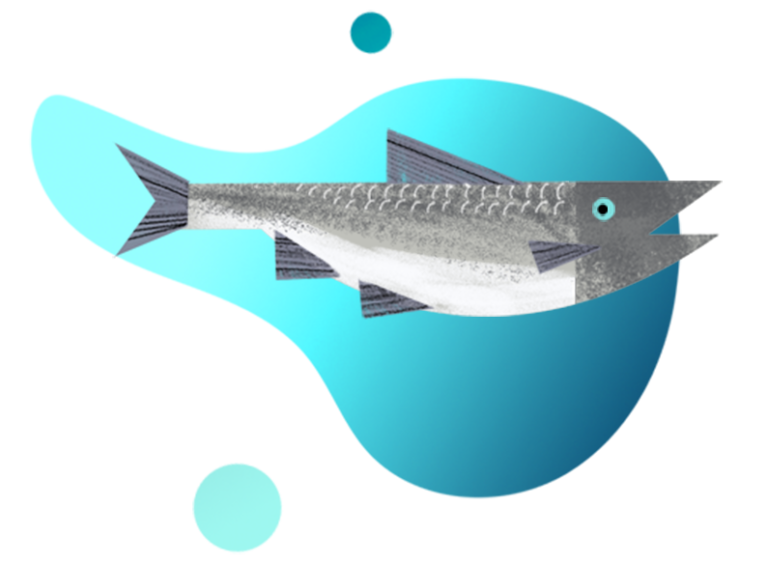 As their names suggest, Atlantic salmon are originally from the Atlantic Ocean and are very large, reaching up to a metre in length. The Atlantic salmon is a species within the genus Salmo while there are seven different species of Pacific salmon, which belong to the genus Oncorhynchus.
Atlantic salmon generally don’t live long after spawning but are capable of surviving and spawning again. Naturally they can be found in European rivers, as well as in the north-eastern coast of North America. Water temperature has determined the geographical distribution of this species in nature, because Atlantic salmon mostly move in cold water and are sensitive to changes.
When used for food, the Atlantic salmon is considered a really healthy food, commercialised in many countries around the world. This has had an impact in the environment, decreasing the salmon population in many areas because of overfishing and habitat changes.
In fresh water, young salmon mostly eat small insects such as mayflies, stoneflies, caddisflies, blackflies, and riffle beetles. Sometimes they eat small amphibians and fish. When they’re in the ocean, young and adult salmon eat a wide variety of prey, but just before adults migrate to estuaries to begin the spawning migration, they stop eating altogether.

•Atlantic Salmon is the most important species in EU aquaculture. In terms of value, Atlantic salmon represent a whopping 974,033 EUR, 23.52% of the total (2015 data).
•In the total world aquaculture production, EU aquaculture occupies a share of 2.82% in terms of value and Atlantic salmon and rainbow trout together represent more than a third of the total value.
•Norway was by far the biggest aquaculture producer in Europe, exceeding the EU in volume and value alike. It produced 1.4 million tonnes, worth EUR 5.2 billion, in 2015, making it the world’s eighth largest producer in farmed fisheries, with a 1.3 % share.
•In Norway 4,600 people were employed in aquaculture, corresponding to 39 % of all jobs in the fishing and aquaculture sector and 0.18 % of the country’s total employment.
•Salmon is a highly versatile seafood, as reflected in the number and variety of salmon-based products on the shelves all over the EU.

1.NewTechAqua will extend capabilities developed and demonstrated within the Seafood Innovation Cluster’s AquaCloud platform by combining established Big Data source (AquaCloud) and the data analytical tools with new data sources found and developed during the NewTechAqua project, to establish a new AI epidemiological models, for enhancing the control of sea lice outbreaks in Norwegian salmon farms. The project results will support farmers to predict and manage infections of sea lice, thus enforcing preventive animal health methodologies and contributing to lower losses and improve animal welfare.
2.NewTechAqua will perform a set of genetic analyses in Atlantic salmon to develop an innovative breeding programme for feed efficiency focused on the trait itself, and measure the real feed intake, albeit at the family level. By combining family group based recordings of feed intake and DNA genotyping, we will estimate DNA marker effects, and hence enable genomic prediction of the genetic merit of individual fish. In addition, we will also develop a method to predict body composition and feed intake using body composition of energy, protein and fat using Near-Infrared spectroscopy, with the aim of setting up feed efficiency index for Atlantic salmon.
3.Novel non-thermal sanitation and processing methods will be tested on pilot scale as an alternative approach to the conventional post-harvest processing methods, with the aim to obtain fresh and minimally processed products with improved quality and stability and high nutritional functionality. Static high-pressure treatment (HPP) will be tested on minimally processed (e.g. tartar) salmon. While white flesh species are likely best suited for HPP, the stabilization of salmon meat is still a challenge. Therefore, salmon could be previously marinated or dipped in curing solutions at atmospheric or vacuum pressure to minimize relevant changes in the sensory properties.